Since the beginning of softball the windmill underhand fastpitch has been considered a ‘natural motion’, justifying a “no cap” rule on pitch volume for pitchers. This allows pitchers to pitch multiple games in a day or back-to-back days, with little to no recovery.

In this article we will address the mechanics of the windmill pitch, pitching exposure, poor injury risk management, proper arm care, and recovery.

When you break down the mechanics of the pitching motion and overall components, baseball and softball are vastly similar. Although, the amount of research behind softball is slim to none compared to baseball.

The idea of it being a natural movement has caused coaches and trainers to neglect incorporating proper injury prevention and recovery protocols for softball pitchers.

This article will expose the similarities of the two motions to require a revision of pitch volume and recovery time; and differences to justify the need for it.

Biomechanics of the underhand pitch

The underhand motion differs from the overhand in that it is done in all three planes of motion (frontal, transverse, sagittal), while the overhand is only done in two planes (transverse and sagittal).

Additionally, softball pitchers throw from a flat surface compared to a mound with a downward slope, changing the effect of gravity on the thrower. Throwing from a flat surface forces a greater amount of work against gravity, causing it to be more challenging to create separation of hips from the shoulders.[3]

With the windmill essentially being a full circular motion, it allows for twice the amount of time (two cycles in transverse plane) for a mechanical error to occur compared to the half circular motion of the overhand, leading to an increased amount of stress on the thrower’s spine, hips and shoulders.[3]

In the first half of the underhand pitch, the arm is in maximum adduction and internal rotation torque leading to a maximum angular velocity greater than 5000°/s while approaching top of backswing.

In the latter half of the motion, the elbow has a maximum compressive force of 70% of body weight and a maximum extension angular velocity of 570°/s.[1] This shows that the underhand motion has similar joint loads as the overhand, yet there is a lack of regulation on pitch volume and rest time in softball. Both sports create a competitive demand on the athlete to produce the greatest velocity possible, in turn placing constant tension from neck down. 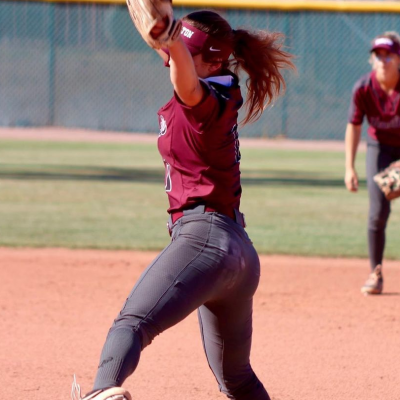 The pitching depth on rosters in baseball compared to softball is incomparable, with the average for baseball being 17 pitchers and only 4-5 for softball. [1]

Why? It’s considered a natural motion requiring no control over volume and no need for longer recovery time. Studies have shown that in just one single softball game the average number of pitches thrown is approximately 89.

This volume results in decreased strength in hips and scapular muscles while increasing pain and fatigue. Now, looking at a 2-3 day tournament, averaging 1.5 games, 82 pitches per day all equaling 166 total pitches in just a few days. [1]

With the lack of depth, it requires the athlete to produce high volume with inadequate recovery leading to noticeable lack of strength, pain, and fatigue. Collectively, those three lead to compromised mechanics and a higher risk of injury.

Muscle fatigue from constant load and tension with a continual demand of movement will force a synergist (other joint stabilizers) to pick up the slack to maintain strength and velocity.

This then leads to stabilizer fatigue and unnecessary compensations increasing the potential for overuse injury. When mechanics are altered and left unaddressed, it can alter joint kinetics inversely affecting injury potential.

A study has shown that throwers with pain in their upper extremities had different mechanics compared to those pain-free. Those with pain presented with greater shoulder horizontal abduction at foot contact with less trunk flexion to the throwing side at ball release. [1]

The importance of managing pain and fatigue is growing with the increasing amount of injuries in softball pitchers. With them being the main root cause of the majority of the injuries, there must be a revision of the demands for these athletes.

Implementing a better risk management system will keep more kids healthy and give them better opportunities to increase strength and velocity. 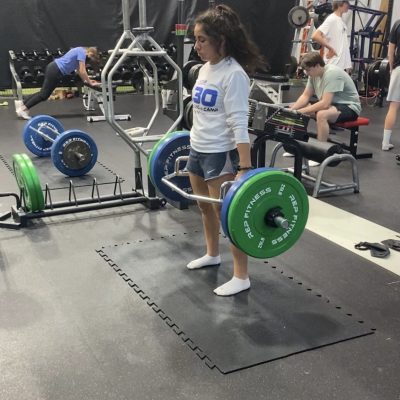 Arm care for softball is not much different from that of baseball. Most importantly arm care is total body care. Post game routines are a good start but must be done in conjunction with mechanical work, addressing deficiencies, proper breathing techniques and training the strength-mobility-stability relationships.

Strengthening the pelvic and scapular stabilizers and focusing on creating an efficient scapulohumeral rhythm will provide lower risk of overuse injury. Outside of the gym and field, adequate sleep, good hydration and nutrition are just as important for a successful arm care and recovery program.

At PUSH we provide the tools and knowledge for athletes to be able to find the right recovery program, as it is different for each thrower, we strive to tailor the program around them.

“Get huge arms and that takes care of the arms.” – Coach Grant Suggs

As stated throughout the article, there is more and more information being studied regarding the system behind the underhand pitch being a natural movement and the underlying issues within it.

Any natural movement done repeatedly at a great force will create stress on a joints musculature increasing injury potential. The volume needs to be reevaluated and adjusted to help these girls stay healthy and more successful than before.

Learn more on how to obtain arm strength here.

Looking for a strength program to help you hit your goals? Book your softball strength assessment in AZ or CO today!

Back to the Homepage
Back to blog