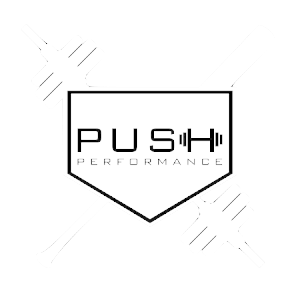 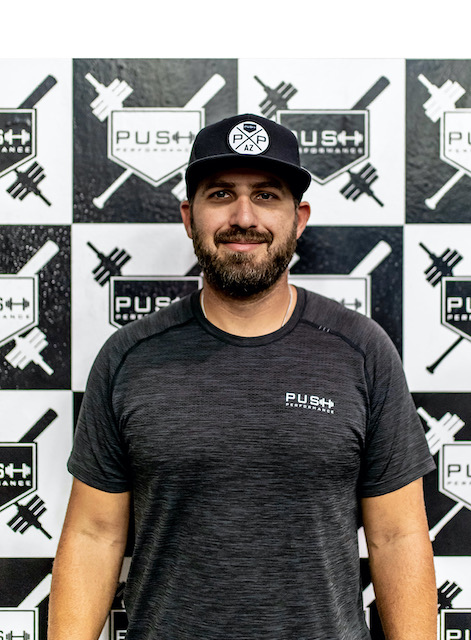 DJ is the Owner and Director of Push Performance. He played college baseball at Metro State University.

DJ has developed many programs for a wide range of elite athletes. He uses his background in S&C and knowledge in corrective exercise, flexibility limitations and biomechanics to develop personal programs for each client.

He has developed the Elite Baseball Program and has had over 50 athletes drafted in baseball, including 7 first rounders, multiple MLB All-Stars, a Silver Slugger and a Gold Glove winner.

Push Performance works with every MLB organization and is home to over 100 professional baseball athletes.

While at Gonzaga Taylor majored in Kinesiology and Physical Education.

Taylor started as an intern at Push and then spent time as a strength intern at both Gonzaga and TCU before taking a full-time position as a strength coach at Push Performance in Arizona.

Taylor coaches numerous athletes around the valley including many across the country. 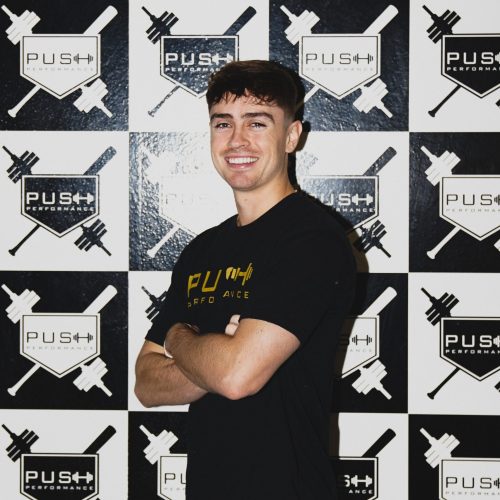 Andrew Amato comes to Push fresh off his playing days at Point Loma Nazarene University where he, not only pitched for the Sea Lions, but learned under the tutelage of their coaching staff and world renowned biomechanics program.

PLNU is among the leaders in baseball biomechanics research.  During his playing days, Andrew trained with progressive baseball minds and developed an intricate understanding of how the throwing motion works. He deploys that knowledge through creative movement solutions to maximize the output and resilience of his athletes. 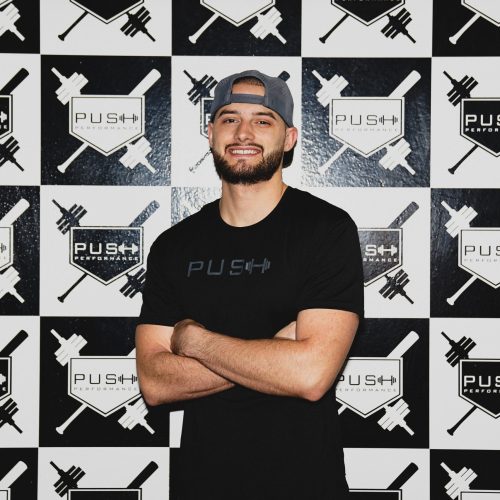 After, he attended graduate school at Bridgewater State University in Bridgewater, MA, where he studied physical education: concentration in strength & conditioning and worked as a Graduate Assistant.

Over his tenure as a strength coach, Eric has worked with athletes and coaches across many different sports and levels from youth to the professional level.

Strength Coach and Director of Hitting 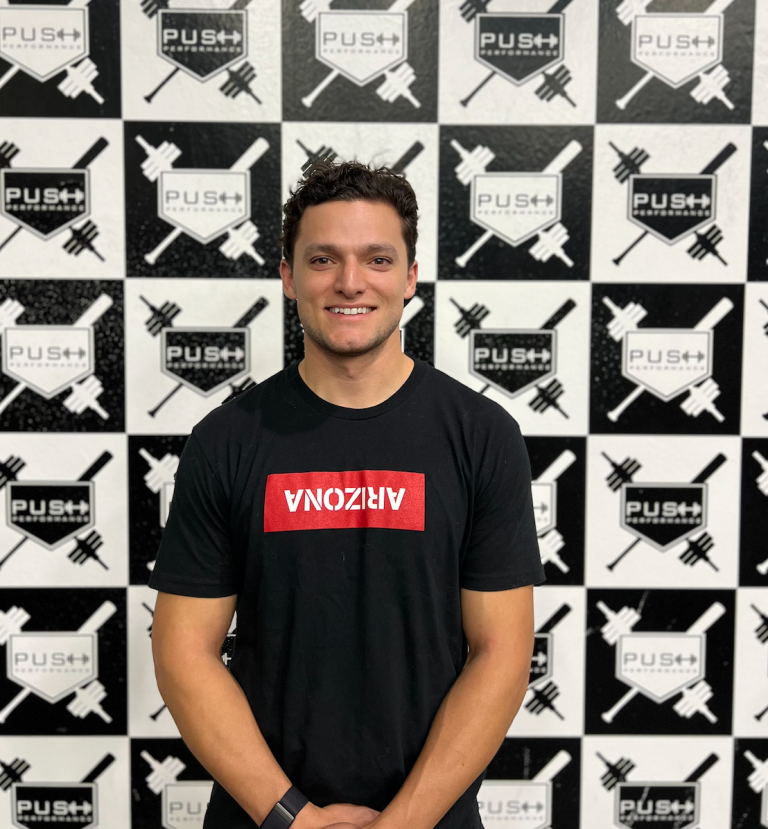 Born and raised in Bend, Oregon, Dalton Hurd attended Seattle University, where he played baseball, and later graduated with a bachelor of science in sport and exercise science.

During his time at Seattle U, Dalton was an intern for the strength staff that also served his baseball team.

Following graduation, Dalton continued his baseball career after being drafted by the Chicago Cubs.

After deciding to hang up his spikes a few years later, Dalton moved back home to Bend and put his degree to use as a strength coach at Boss Sports Performance for a little over three years.

Dalton has worked with athletes from all different sports and ages including athletes in the MLB, NFL, and even winter olympians. As a former player himself, he is very excited to hone in on the baseball population. 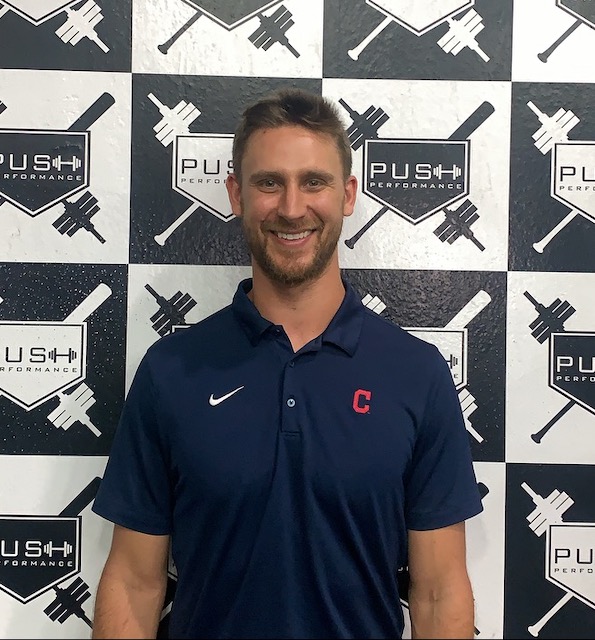 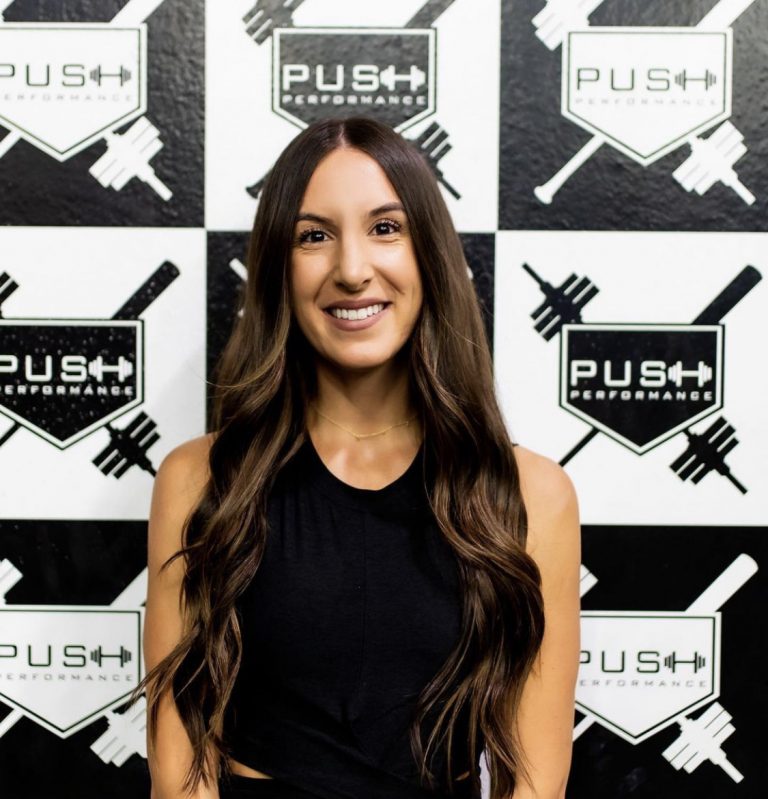 Ashton Newell is the Operations and Marketing Manager as well as the Push Yoga AZ program instructor.

Previously, Ashton worked in marketing for the Arizona Diamondbacks and Spring Training for the Los Angeles Dodgers and Chicago White Sox.

Additionally, Ashton is a certified personal trainer and was a former collegiate athlete at Arizona State University. 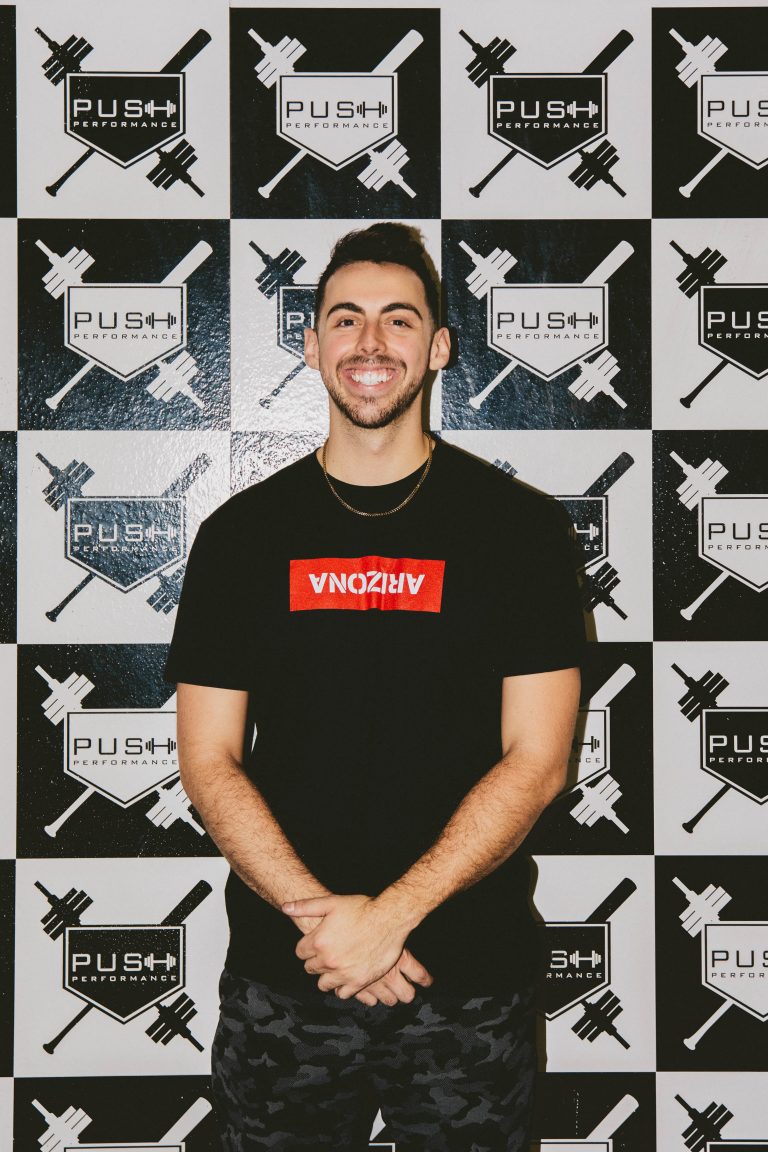 Daulton played at Southwestern Junior College before transferring to Holy Names University, where he played collegiate baseball and later graduated with a bachelor’s degree in Psychology.

Throughout his career as a player, he was able to amass experience and training knowledge at several high-profile performance facilities. He brings with him an extensive understanding of rehab and the challenges it brings, having gone through UCL reconstruction himself.

He continues to enhance his knowledge of analytical, biomechanical, and statistical data with us here at Push Performance.